How to Avoid Distractions while Driving

Don’t Be A Distracted Driving Statistic

Technology has transformed our driving lives, mostly for the better. It can guide us to previouslyimpossible-to-find locations and entertain our kids. And now it's learning to drive our cars better than we can -- at least that's the hope.

But technology can also kill -- when it distracts us from the demanding task of focusing on our driving. In fact, distracted driving causes between 3,000 and 5,000 distracted driving deaths in 2018 and earlier years, and a further 400,000 car crash injuries. 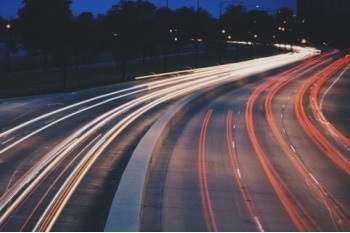 It's easy to think that just because you've been driving for many years, it's a piece of cake. That can be true. But when fate throws a wild pitch in our path, we need all our reflexes and focus to deal with it.

All sorts of things can distract us -- our phones, our passengers, our pets, sidewalk activities, loose items rolling around the floor, the music player, grooming routines that should have been done at home, eating and snacking, a sneeze, and a swish of piping hot coffee in your lap.

Of these, and many more, by far the biggest cause of distraction is phone usage and, in particular, the illegal habit of texting while driving.

How dangerous is distracted driving? Check out these terrifying numbers. Two-thirds of all road accidents nationally have a cell phone in the scenario. In New York, the proportion is as high as 80 percent.

With a cell phone, you're five or six times more likely to be involved in a crash. Yet, remarkably, 96 percent of all drivers admit to using their phone while driving at least once in the prior 30 days.

And the vast majority of them say they can easily manage handling their phone and texting while behind the wheel.

But those accident statistics don't lie. Here's why: sending or receiving and reading a text message takes an average of five seconds. Driving at the US average highway speed of 55 mph, a driver covers a distance equivalent to the length of a football field during that time.

And since, statistically, it takes only three seconds of distraction to result in a crash or near-crash, you're on thin ice every time you use the phone this way.

The Price You Pay

The worst thing about distracted driving is, of course, the death and injury it causes, but it also has two other consequences.

First, a distracted driver is likely breaking the law, definitely so if using a handheld device while driving in New York state.

Second, if you get caught, there's a high and constantly-rising chance that your auto insurance premium will go up, maybe by hundreds or even thousands of dollars. 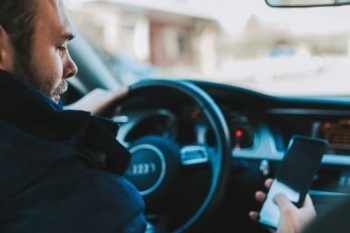 Offending drivers have also assessed five points on their license. If you have six points on your license you'll have to pay at least $100 a year (for 3 years) for what's called the Driver Responsibility Assessment Fee.

Probationary and junior drivers could have their license suspended for between 120 days and a year.

But the low fines are way out of step with those for DUI and since, statistically, texting is six times more likely to cause an accident than DUI driving, we can expect to see that gap closing in the coming years.

While tickets for making cell phone calls while driving has more than halved, those for texting have rocketed. The last few years have seen a 1,000 percent increase across the state in tickets for texting. This year we're likely hovering around the 100,000 mark for texting tickets.

Each and every one of those drivers could face a higher insurance premium on renewal. According to one report earlier this year, a ticket for distracted driving pushes up the average premium by $226 -- this at a time when auto insurance rates generally are already rising.

How to Avoid Driving Distractions

In addition to the heartbreaking losses of life and life-changing injuries resulting from distracted driving, the tragedy is that, in most cases, the accidents that ensued were entirely preventable.

Avoiding distractions is mainly a matter of common sense, but here's a checklist of safe driving tips you can run through and get into the habit of employing every time you drive: 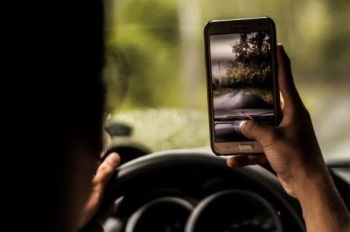 If you have a teen driver in the family, insist they follow these guidelines. Young drivers are several times more at risk of an accident than adults.

There are also a number of apps that can be installed on phones both to block texts or calls and to monitor driver behavior. Check them out at your phone’s online app store.

According to the latest research, more than half of drivers believe that if manufacturers put technology in their cars, it must be safe. That's simply not true.

Take the advice of motorist organization AAA: "As a general rule, if you cannot devote your full attention to driving because of some other activity, it's a distraction. Take care of it before or after your trip, not while behind the wheel.”

It's worth remembering too that while you may follow all the safety procedures to avoid distracted driving mishaps, you're still at the mercy of others on the road who are not as responsible as you.

There are also certain unavoidable distractions, such as when an animal runs out into the road.

So make sure too that you have adequate insurance to cover you against these perils. Contact Newbridge Coverage at any time to discuss your auto insurance needs.