Get in the Zone for School Road Safety 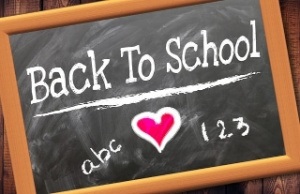 Every year, more than a million students start or return to school during August and September in New York.

But safely getting your kids to school actually affects every one of us who sharethe roads with them. And, by the way, safely sharing the road with young children is a year-round thing, not just something for the start of the school year.

Whether you're a parent, a student who drives, a driver who just happens to be out on our highways at school times, a cyclist, or even a pedestrian, it's your responsibility to watch out for our kids or your kids.

That means being on maximum alert for dangers inside your own vehicle, outside school gates and on sidewalks -- as well as on the roads themselves. It also means obeying school bus laws.

The hazards are everywhere. As well as students who travel by car and bus, about 13 percent of kids either walk or bicycle to school. Afternoons are particularly dangerous, according to AAA.

Want to stay safe and reduce the risk of accidents? Here are some tips to follow. 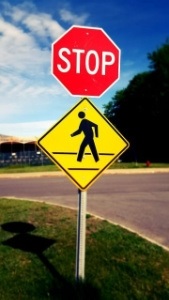 If you're driving yourself or others to school, allow yourself plenty of time so you don’t have to rush.Plus:

Make sure all your passengers are wearing their seat belts before moving off. According to New York State law, any child under 4 must be in a federally-approved child safety seat, even if the child is riding in a school bus.

Sharing the Road with Young Children

The younger a student is, the more likely they are to be involved in an accident, especially when they're getting on or off a school bus or if they're walking near a bus. They may be hit by the bus or by a driver illegally passing a stopped bus.

If you're a driver, never pass a vehicle that has stopped for pedestrians. If you're not sure why the car in front has stopped, don’t take a chance. Also:

Don’t reserve caution just for school zones either. Watch out for boisterous children at school bus stops in your neighborhood too. 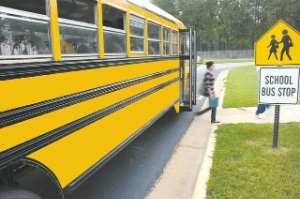 Everyone should know the rules about stopping for a school bus. Quite simply, it's illegal to pass a bus on either side of a road when it has stopped to load or unload children. In New York, this includes school buses that are on the opposite sides of divided highways, on multiple lane roadways, in parking lots and on school grounds.

If the yellow or red lights flash and the stop arm is extended, you must stop.

The National Safety Council says the area 10 feet around the bus is the most dangerous. 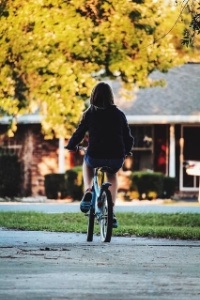 Watch Out for Cyclists!

Bicycles can be hard to see, especially if they are darkly painted and the rider is wearing dark clothes. So:

Dropping Kids off at School

According to the National Safety Council, more children are hit by cars near schools than any other location. An estimated 25,000 children are injured in school zones in the US every year. 100 lose their lives. So:

There are two more important things you should do to protect yourself and others when driving:

1. If you have a teen who is driving to school, show them a copy of the tips in this blog.

2. Make sure you're fully insured. School zones are a high-risk area for accidents. Even with absolute vigilance, you might still get caught out. If you want to check that you're properly insured, speak to Newbridge Coverage.